I didn't know his name until today. I was passing AIB on Upper Baggot Street - at the corner of Eastmoreland Place - and there was floral memorial to Ossie.

He was homeless - younger than he looked I suspect - and he was always there just off Upper Baggot Street for all the years I worked in an office nearby. I was going to say he was begging but often as not he just had something funny to say or invited you to chat or get him a coffee (or something for his dog). Which of course meant you were only to happy to sub him the occasional euro or two. Clearly I wasn't the only one. 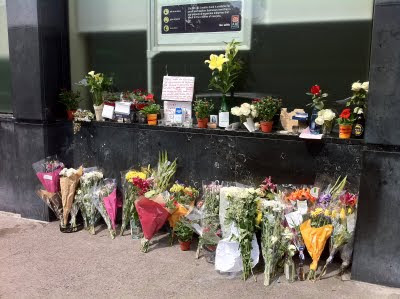