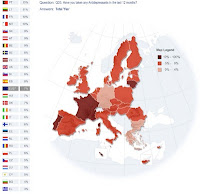 I am reading Robert Whitaker's book Anatomy of An Epidemic. I got it following an extraordinary admission by Martin Seligman during the Q&A session at the end of his recent RSA lecture (an inspiring talk, by the way). At the very end of the session he is asked by a woman working for a pharmaceutical company about the implications of his research on human flourishing for those who are mentally ill. Seligman says something extraordinary: he admits that his entire perspective on mental illness had been changed two weeks prior to his lecture after reading Whitaker's book. Remember, Seligman is one of the most influential psychologists in the world, so that's a heck of an admission. I figured I'd better get the book if it's that good.

Whitaker's thesis is quite extraordinary: he argues that the enormous rise in chronic mental illness we have seen throughout the developed world is not the main driver of increasing psychiatric drug consumption. Rather it is the increasing prescription of psychiatric drugs - especially for prolonged use by patients - that is driving the extraordinary rise in chronic mental illness. He makes a compelling case - and his writing style (he's a journalist by profession) makes Anatomy of An Epidemic one of the best written works of non-fiction I have read in a very long time. His previous book - Mad in America - was a best seller, and I can see why.

What Whitaker and others are pointing to is a disturbing example of iatrogenesis at work once again in the medical profession. But it isn't all the medical profession's fault - the drug companies and government agencies (both as buyers and as regulators) have been at fault too. One of the most disturbing findings in Whitaker's book (and there are many disturbing findings) is that the science underlying the use of psychotropic drugs is only catching up with how they work long after the drugs were mass prescribed to millions throughout the world. Worse, it now appears that the drugs don't somehow restore the chemical balance in the brains of users to 'normal' as popularly perceived - rather they make brains increasingly abnormal. Here's Whitaker:


Now they [scientists] had a remarkably detailed understanding of neurotransmitter systems in the brain and of how drugs acted on them. And what science had revealed was this: Prior to treatment, patients diagnosed with schizophrenia, depression, and other psychiatric disorders do not suffer from any known 'chemical imbalance'. However, once a person is put on a psychiatric medication, which, in one manner or another, throws a wrench into the usual mechanics of a neuronal pathway, his or her brain begins to function, as Hyman observed, abnormally.

The scary thing is: though psychotropic drugs work for many people suffering depression, schizophrenia and other disorders in the short term, their long term usage appears to increase the likelihood of repeat psychiatric problems as the brain becomes dependent on the drugs themselves. Hence the epidemic of mental illness now happening in the United States and elsewhere. For a review of Whitaker's book and two related texts see Marcia Angell's excellent piece in The New York Review of Books (and read the exchange linked from the bottom).  You should also catch up with Whitaker's contributions to the Psychology Today blog.

What about Ireland? We are certainly not immune from the issues raised by Whitaker. Last month Jennifer Hough reported that those in the front line of mental health in Ireland now fear that psychiatric drugs are being prescribed to excess because it is cheaper than providing therapy and other, non-drug interventions that can be as successful in the short term as drugs, and possibly more successful in the long term. I say 'possibly' because there is a shocking lack of research on the impact of long run psychiatric drug usage in Ireland - or anywhere else for that matter. Questions about the long term usage of psychiatric drugs were also raised in the second episode in RTE's series Behind the Walls, broadcast last week.

However, the 'good' news is that the extent of mental illnesses such as depression in Ireland is low relative to the rest of Europe. The chart above shows the incidence of depression in the EU - from a Eurobarometer study on mental health. In Ireland, 6% of adults have taken antidepressants in the past 12 months - just below the EU average. It rises to an alarming 15% in Portugal - whatever's going on there. The recent CSO survey on the health status of the nation reported that 4% of adults were being treated for anxiety or depression by their doctors, and another 1% for other mental health problems.

Mental illness is a horrible affliction both for the sufferers and for their families. We have come a long way from the horrors of psychiatric hospitals as dumping grounds for the ill and the merely awkward. But we must avoid the chemical imprisonment of thousands through the prolonged use of psychiatric drugs that may be making the situation worse for those afflicted rather than leading them to health and wellbeing.

And on the day that's in it - don't forget Daisy Day.