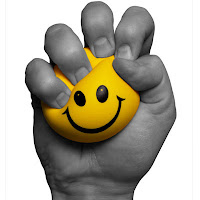 Is capitalism now appropriating our emotions and not just our labour? Writing in New Left Review, William Davies argues that:


Capitalism would seem to require an optimal balance of happiness and unhappiness amongst its participants, if it is to be sustainable. The need for dissatisfaction is implicitly recognized by Keynesian economics, which sees the capitalist system as threatened by the possibility of individual or collective satisfaction, manifest as a demand shortfall. Capitalism’s gravest problem is then how to maintain governments or consumers in a state of dissatisfied hunger, and how to find ever more credit through which to feed that hunger.


As always with such left-wing narratives there does tend to be an unhealthy dose of conspiracy about their explanation. Take Davies description of advertising:


Advertising, like management theory, is fuelled by a critique of the dominant normative-economic regime within which it sits, facilitating safe acts of micro-rebellion against the macro-social order. It acts as capital’s own trusted moral and artistic critic in order to inspire additional psychological engagement on the part of ordinary worker-consumers. Dissatisfaction is reduced to a psychological tendency to be fed back into processes of production and consumption. As a result, understanding such psychological qualities as impulse, libido and frustration—often in the micro-social context of the ‘focus group’—has been key to the development of advertising since the 1920s.

Which would all make sense if it wasn't for the nagging fact that most advertising is ineffective - hence the current fall in ad spending in mainstream media. I guess ordinary worker-consumers are more complicated than ordinary left-wingers realise.

But Davies saves most of his opprobrium for behavioural economists, whom he sees as leading the intellectual charge by capitalism to control the happiness agenda in society:

Happiness economics took off during the 1990s, drawing on data provided by a number of national household surveys, which had included questions on ‘subjective wellbeing’ from 1984 onwards. With it has come the rise of homo psycho-economicus, a form of economic subjectivity in which choice-making is occasionally misguided, emotional or subject to social and moral influences. If homo economicus was unhappy, that was merely because he had insufficient money or consumer choice. But homo psycho-economicus suffers from psychological afflictions as well. He makes mistakes because he follows others too instinctively; he consumes things which damage his health, relationships and environment; he sometimes becomes unhappy—or even happy—out of all proportion to his material circumstances.

...Homo psycho-economicus is less rational, less calculating, than homo economicus; but to what extent is he a social creature? Wellbeing policies can be seen as efforts to get people to conform more closely to the ideal of neo-classical rationality, and the ‘Robinson Crusoe’ rugged individualism that it assumes.

Missing from Davies' critique is the awkward fact that most people in capitalist societies are happy most of the time. That doesn't mean they are content with everything as it is now - the state of the economy, for example - but nor does it mean that they are in a perpetual state of dissatisfaction, manipulated by capitalist lackeys in the advertising and economics professions. As the OECD's initiative on well-being shows, there are many different influences on the happiness or unhappiness of nations, not all of them economic. Indeed, there are even racial differences in our propensities for happiness - again, well outside the influence of even the most ardent nudgers.

Anyway, it's Monday so I'd better get out there and do my worker-consumer duty - for my own happiness sake of course...
Posted by Gerard O'Neill at Monday, October 17, 2011