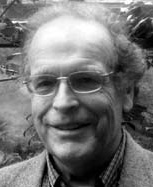 I was very sorry to learn about the death of Richard Douthwaite, co-founder of Feasta. I met and corresponded with Richard several times over the years, and read most of his books. Like I said at the start of the crisis, his was the kind of original economic thinking that we sorely needed (and still lack) in Ireland.

I didn't agree with everything Richard advocated, but then you tend to learn more from the people with whom you disagree, and he was a great teacher. And in hindsight I tended to agree more than disagree.

There's a tribute to Richard over at Feasta. He really was one of the good guys. He will be sorely missed.
Posted by Gerard O'Neill at Tuesday, November 15, 2011