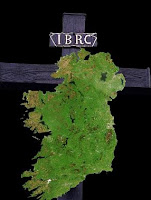 Is Ireland the next Kodak? It's an uncomfortable thought on the day we (you and I and all the other taxpayers) pay out €1.25 billion to the unsecured, unguaranteed Anglo Irish bondholders (lucky them). What's it got to do with Kodak? In case you didn't hear, the venerable old business filed for bankruptcy earlier this week. And the story of its demise has important lessons for Ireland.

Gary North relates a story about Kodak. It's from just a couple of years ago, and featured a recently resigned senior executive talking about the company he had just left:

He also told of a baffling conversation with a member of Kodak's management, revealing: "Just last week a Kodak executive came to me and said 'I think film will make a comeback', and I'm thinking 'who are you kidding?' That's the mentality that's stuck in that company and you've got to break that and they've never been able to."

Maybe now you can see the comparison? Think of all the talk recently about Ireland returning to the bond markets, not needing second bailouts, and our intentions to honour all our debts. Like the man said: 'who are you kidding?'

But the analogy between Kodak and Ireland goes further. Kodak failed because it didn't want to change. It just wanted to stick to the things that had worked in the past, hoping that the future would eventually catch up. Its arch-competitor Fujifilm, on the other hand, could see the same changes coming and so invested in innovation, new sales channels and was prepared to learn from its mistakes. As The Economist put it recently:

What are the lessons from the surprising stumble and the equally surprising success? First is the need to cannibalise oneself. Second is the importance of execution in addition to strategy. But most important, firms must resist looking for a magic wand when hard work in needed.

Ireland needs to get on with the hard work. And the hardest work is deciding on the strategy. I've just finished reading Richard Rumelt's superb book Good Strategy, Bad Strategy. He uses insights from history, business, and war to explain what makes a good strategy (read the excerpt from the Introduction to his book on his website to get a feel for his style and thinking). Rumelt explains the three elements - or kernel - comprising a good strategy as follows:

1. A diagnosis that defines or explains the nature of the challenge. A good diagnosis simplifies the often overwhelming complexity of reality by identifying certain aspects of the situation as critical.

2. A guiding policy for dealing with the challenge. This is an overall approach chosen to cope with or overcome the obstacles identified in the diagnosis, usually by creating or drawing upon sources of advantage. It's also crucial - stresses Rumelt - to be clear about what you are not going to do.

So let's think this through for Ireland. The diagnosis is 'easy': we are on a path that will not deliver a prosperous future for our citizens (though it has been pretty good for bondholders so far). The big challenge is to admit we need to change course and to identify a better way forward.

As for the guiding policy, the greatest source of advantage that we have is our people - at home and abroad. The skills, knowledge, experience, networks, influence and - yes - wealth of the Irish people can be used to deliver economic prosperity for us all. But only if such advantages are applied to the task of pursuing a better course. We must therefore decide not to continue along the current path.

Which brings us to the third element: coherent actions. The €1.25 billion handed over today could have been used to provide 10,000 start up businesses with €125,000. If we had made the 'pillar' banks (that we own) match it with low interest, non-recourse, 5 year loans then that would have given €250,000 to 10,000 start ups (or already established small businesses with growth ambitions). Assuming each start up hired 3 staff in addition to the founder then that would have created 40,000 jobs. But instead we handed it over to anonymous bondholders - an action entirely incoherent with any ambition to return Ireland to a path of prosperity for all its citizens.


Do we want to be Kodak or Fujifilm? We still have a choice. But we can't delay the choice forever:  Kodak shows us what happens when the hard choices are left too late.