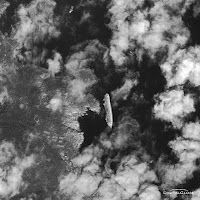 It is with regret that I must announce the resignation of the CEO of the National Men's Council of Ireland (NMCI), with immediate effect, in protest at the drastic cut in NMCI's funding by the Department of Justice. As the outgoing CEO, Sean McKay, explained:


"It is my personal view that the Government has shown scant regard for men's rights and my resignation is a personal protest against this indifference. I wish the NMCI well in these difficult times for the organisation.”

...okay, it's a joke. Back here on planet Earth there is no NMCI, and why should there be? After all, men are just another minority group like so many others - surely they can't all have government funded bodies advocating on their behalf? There is though a representative group for the majority group in society - women - whose CEO did indeed resign over cuts to their funding.

But maybe we need an NMCI, especially when you read the latest CSO report on Women and Men in Ireland 2011. Among its findings:


Irish men (like men everywhere) are more likely to be failed by the education system, unemployed, in poverty, imprisoned, forced to emigrate, to commit suicide and to die younger. But apparently there's no need for a National Men's Council of Ireland...

Ah but: what about the lack of women in the Dáil? Men make up the majority of politicians after all. What about the lack of women on corporate boards? Men make up the majority of company directors after all. What about... and so on and on. Feminists never use the word 'some'. Some men are politicians, some men are on company boards. It's funny how the lack of women in prisons, on dole queues and in dangerous manual occupations doesn't get the same attention. The many, many men at the bottom of the social, economic and political pyramids are invisible apparently. But of course, feminist ideologues only look upwards at imaginary 'glass ceilings', ignoring the real 'glass cellar' at their feet. The lust for power can do that to you I guess.

But this constant denigration of men in the mass media - and in everyday reality - has its price. And not just in terms of men's health and economic prospects. As the tragedy of the Costa Concordia and the behaviour of passengers and crew reminds us, a civilization that treats men as a disposable, contemptible minority isn't destined to remain a civilization for very much longer.