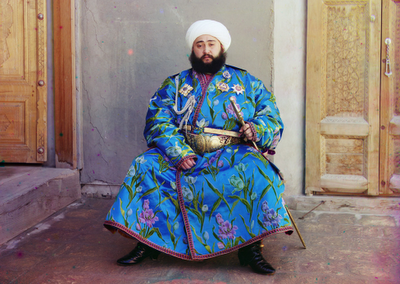 The picture is over 100 years old - but looks like it was taken yesterday. From a fascinating article over at Boston.com concerning a series of pictures taken throughout the Russian empire between 1909 and 1912.  The colours were created using a clever red, green and blue filter system - and the images look remarkably fresh. There is something extraordinary about viewing people 'in the flesh' as it were, over a century ago when Russia had an empire and Lenin was exiled in Paris.

One hundred years later we are still fascinated by images - only now we live in the Imagesphere...