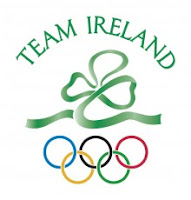 Is sport the last bastion of patriotism, the last remaining arena in which we can cheer on 'our own' against 'the others'? The 2012 Olympics certainly provided us with opportunities to cheer on Ireland's athletes - and most of us did. In Britain there have even been suggestions that Team GB's (well-earned) success has given the British the right to put 'Great' back in their country's name.

But outside of sport there is little talk of patriotism. The Taoiseach's recent speech at Beal na mBlath is an example of how far politicians - and not just Irish ones - have moved away from talk of patriotism. The Taoiseach's speech reads more like that of a business leader than a national leader - full of talk about excellence, reforms and targets. These things matter, of course, but the anaemic language of contemporary political discourse is a far cry from that of our founding fathers.

What has happened? Frenchman Pierre Mannet sets out a fascinating analysis in an article in City Journal simply entitled City, Empire, Church, Nation. Starting with the formation of the first democracies in ancient Greece and ending with the ongoing tragedy in the European Union, he describes the current state of European political discourse thus:


Political speech has become increasingly removed from any essential relation to a possible action. The notion of a political program, reduced to that of “promises,” has been discredited. The explicit or implicit conviction that one has no choice has become widespread: what will be done will be determined by circumstances beyond our control. Political speech no longer aims to prepare a possible action but tries simply to cover conscientiously the range of political speech. Everyone, or almost everyone, admits that the final meeting between action and speech will be no more than a meeting of independent causal chains.

The divorce between action and speech helps explain the new role of political correctness. Because speech is no longer tied to a possible and plausible action against which we might measure it, many take speech as seriously as if it were itself an action and consider speech they do not like equivalent to the worst possible action. Offending forms of speech are tracked down and labeled, in the language of pathologists, “phobias.” The progress of freedom in the West once consisted of measuring speech by the standard of visible actions; political correctness consists of measuring speech by the standard of invisible intentions.

Mannet believes that the European elite's onslaught against the nation state does not bode well for our future:


Europe produced modernity—and for a long time, Europe was the master and possessor of modernity, putting it to the almost exclusive service of its own power. But this transformative project was inherently destined for humanity as a whole. Today, Bacon and Descartes rule in Shanghai and Bangalore at least as much as in London and Paris. Europe finds itself militarily, politically, and spiritually disarmed in a world that it has armed with the means of modern civilization. Soon it will be wholly incapable of defending itself. It has already been incapable of speaking up for itself for a long time, since it confuses itself with a humanity on the path to pacification and unification.

By renouncing the political form that was its own and by which it had attempted, with some success, to resolve the European problem, Europe has deprived itself of the means of association in which its life had found the richest meaning, diffracted in a multiplicity of national languages that rivaled one another in strength and in grace. What will come next?

Mannet isn't the only one vexed by the strange 'self-hatred' that appears to motivate Europe's national elites. Dutchman Thierry Baudet also sees a deliberate attempt to subvert the nation state - and national identity - but one that is is failing before our eyes:

We are stuck – stuck, that is, between past and future, between tomorrow’s unaccountable super-EU and yesterday’s ‘we’. As Baudet puts it, ‘the present, supranational “in between” concept of European integration with an EU that is stuck somewhere halfway between a federation and mere intergovernmental cooperation, is unsustainable’. Something must give. We must find a way to resist those who presume to act on our behalf. In the process we must rediscover what it means to be an individual today and what it means to be a ‘we’. Just as it is necessary to defend the family and our personal lives from state interference, so we must also defend our nations from interference by those who do not represent us.

The problem, of course, is that we lack the shared language to talk of 'we' in the 21st century. And our politicians are even more lacking. The European project as currently constructed and envisaged will inevitably fail and the resulting vacuum will be filled by the bad - think Anders Behring Breivik - as well as the good. Generations to come will wonder at how we Europeans systematically set about undermining the very thing - patriotism: love of country - that enabled Europe to shape the rest of the world in its image in the first place. Their task - to reinvent the nation state for the coming challenges of the 21st century - will be greater even than that which faced Collins and the other founders of our state ninety years ago.

I don't envy Our Patriot Unborn.