Mind you, if we filter the numbers by 'practicing' Christians, I suspect (as does Niall Ferguson) that there are more church-going Chinese than Europeans...

From a fascinating report by Pew Research: 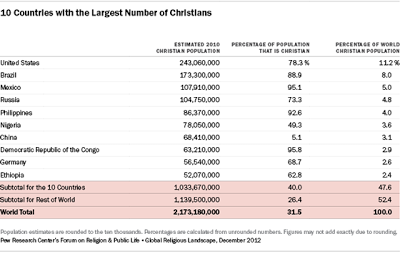