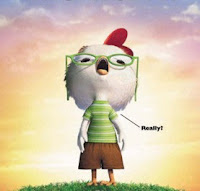 Reading the ESRI's three scenarios for 2013-2020, I did find myself wondering where's the 'positive scenario'? Even their 'Recovery Scenario' suggests that maybe only half the sky will fall.

Ho hum. It could be worse. Watching Gráinne Seoige's contribution to RTE's Great Irish Journeys - which explored one man's contemporary observations of the Famine in Ireland - I was struck by the 'normality' of life for so many people in the late 1840s. Newspapers were being printed and read, pigs were being bred and exported, and hotels were serving excellent meals to tired travellers. Meanwhile, up the road, thousands were starving...

Eric A makes a similar point over at Zero Hedge about the year without a summer:


In 1815, Mount Tambora in Indonesia exploded with earth-shaking force. It was the largest eruption in 1,300 years, with an explosion audible in Sumatra 2,000km away. Volcanic ash filled the skies, blotting out the sun, and snow fell in Albany in June. River ice flowed in Pennsylvania in July. Frost fell every month of the year in areas of Canada, the US, and Europe. The entire crop was lost before the bitter and endless winter of 1817 where deep-harbor New York recorded temperatures of -26 F (-32 C). Prices rose suddenly through the western world and food riots broke out. This is as close as the modern world has ever come to a nuclear holocaust and nuclear winter.

Never heard of it? That’s odd. You would think the largest explosion and climate event in 1,300 years would have more effect on daily life. And that’s my point. The world doesn’t end. Nor does it change very quickly or without going through a long series of steps.

Maybe that's why - in the middle of Ireland's Great Recession - we're still among the happiest people in Europe. The sky might fall but the sun still shines (as it is right now, so I'm off out of here...)