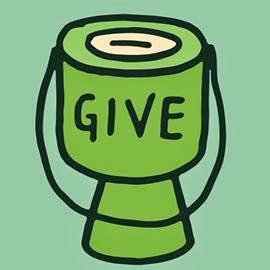 Unedited version of my article in yesterday's Irish Independent:

Have you given money to charity recently? Or has the recent news about the Central Remedial Clinic, Rehab etc caused you to hesitate? If it has, you are not alone. In fact, a recent survey by Amárach shows that 6 in 10 adults in Ireland have changed how they think about charities because of the news about the CRC and other charities. More worrying is the fact that more than half say the recent news has changed their willingness to donate to charities at all.

Of course, we Irish are a generous lot when it comes to supporting charities, so maybe a little slippage is of no consequence? Then again, maybe not. Back in 2005, the average Irish man or woman typically donated €15 a month to different charities by various means (street collections, standing orders etc). Fast forward nine years and a recession later and that average has fallen to €10 a month. Though that only includes those who give to charities. In 2005, just 1 in 10 adults in an Amárach survey said they don’t give to charity. Today, that number stands at 1 in 4 adults. It seems the recession has hurt Irish generosity and not just the economy.

Another thing that hasn’t changed is the type of charity people like to support. It tends to be health related charities that are the most popular with Irish people. Indeed, nearly half of those who still give to charity give to the Irish Cancer Society, while one in five give to both the Irish Heart Foundation and to the Irish Hospice Foundation. But we haven’t turned our backs completely on those in need outside of Ireland. A quarter of donors give to Concern, and one in five gives to Trocaire.

But back to the fallout from the CRC and similar news stories. Before we asked anybody directly in our survey about the impact of the CRC news on their behaviour we first asked a more general question: ‘have you reduced the amount you give to any charities in recent months?’ The findings are alarming: among those who give to charities, 50% say they have reduced the amount they give in just the past few months. When asked to say which charities they have stopped supporting it would appear to be a broad mix of both health-related and development-related charities. No one particular charity has been affected disproportionately more than any others according to our survey findings.

So what’s going on? Part of it is the recession, of course. Despite signs of an improving economy, most people have yet to see it have any positive impact on their pay packets or their bank balances. People are still making cut backs and avoiding unnecessary expenses where they can.

There might, though, be a more worrying trend. Perhaps the recent scandals concerning some charities in Ireland have given many people an excuse to give less: without feeling guilty about it? There is no doubt that trust in Irish charities has been badly damaged. Trust in most institutions in Ireland is fragile at best. Charities - despite their noble intentions and good works - are not immune from a catastrophic loss of trust. But once lost it can take a long time to recover: as several banks, political parties and churches have learned.

However, the fact remains that the vast majority of Irish people continue to give and to give generously relative to their diminished resources. But the leaders of Irish charities must not take that generosity for granted. They must answer the questions before they are asked about what is done with the money they raise. Questions including how much of the money goes to running the charity itself (including staff costs), and how much actually goes to delivering the services to those in need. The sooner they start answering these questions the better.