The Pluck of the Irish

One of most interesting findings from five years of tracking the mood of the nation is just how moody we're not. My company has asked one thousand different people every month about their feelings since April 2009 and - apart from a brief wobble around October 2010 when the IMF came calling - we've been remarkably calm and consistent throughout the entire period.

In fact, the emotions experienced most often are happiness and enjoyment, followed - often at lag - by stress and worry: 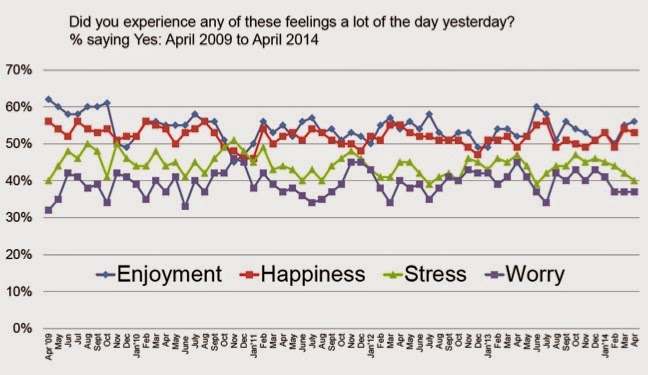