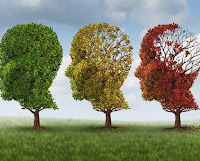 I was on a guided tour of Freemasons' Hall in Molesworth Street Dublin recently. It prompted a conversation about how organisations like the Freemasons can survive and even thrive in the 21st century (they get 20-30 membership applications a month apparently, so still growing).

At one level (perhaps more than one) Freemasonry is something of an anachronism these days: male only (though there is a separate Ladies Freemason Lodge); theist (though not necessarily Christian); and, well, secretive (though they do have a website). Of course, one man's anachronism may be another man's recipe for long-term survival: which is perhaps why so many of those institutions and organisations that are still around after hundreds, even thousands of years are not exactly PC in their values or practices. Churches, monarchies and lodges among them.

But I think there's more to it than whose allowed in, and who isn't (though that's a big part, and I'll come back to it later). The essence of long-lasting organisations is that they practice rituals that bind and remind its members of its purpose and beliefs. Sarah Perry points out the need for ritual even in our 'post-rational' age, choosing the arcane but still 'necessary' rituals of our courts and legal system to make her point. She goes on to notes that:

And if you don't believe me then guess what, science says it's true: the most important ritual we can do everyday to ensure our wellbeing and success is, well, any ritual, just so long as you practice at least one.

Those countries, churches and lodges that insist on the learning and practice of rituals - collectively and in private - are the ones that forge the bonds that survive the test of time. Nor do they have to be particularly 'secret' rituals - as Rupert Sheldrake points out in a delightful podcast on Choral Evensong, there's a reason why 'chant' is found in 'enchantment': singing together is surely the greatest ritual we can practice together in forging the bonds of belonging. Christmas carols anyone?

Of course, a desire to belong can be channelled the wrong way, like any, otherwise healthy desire. Take Scientology, for example. As the brilliant documentary Going Clear reveals, ritual practices can be used and abused in the service of deeply dysfunctional and plain evil organisations. Nor is organised brutality confined to cults (or churches on occasions): even some of Silicon valley companies have become synonymous with abusive rituals and routines that create toxic workplaces.

But if the price of avoiding the mis-use of ritual and belonging is a life of solitary autonomy, drifting from one novelty to the next, then it is clearly too high a price to pay for the growing numbers suffering from depression, loneliness and suicidal thoughts. John Milbank has penned a delightful essay on why nostalgia is preferable to modern, consumerist ennui:


At first variety reduces boredom, but in the long term it can induce it because it reduces the effort of response you have to make in the face of any experience.

In fact, sustained attention to detail and creative use of what you're given is a far greater salve against boredom than the mere passive sampling of a large menu of consumer delights.


For where less is offered, then the more the power to be fascinated by small differences and unfolding depths is cultivated. So the Count of Monte Cristo evaded boredom in his bare cell by gradually exploring all its hidden possibilities for communication, subterfuge and escape.

For just this reason we have to wonder whether premodern peoples might even have been less bored than us, because greater monotony incited more active attention - to the changing seasons and the annual variations upon their changes, for instance - and a paucity of resources led to greater imaginative involvement with the use of words, music, human movement and ability to shape natural materials.

Again this points to why people long to belong to institutions and organisations that practice rituals connecting the past to the present to the future. It lifts us up from the drudgery of 'what's on the telly' and 'what time will I finish work'? Of course, we don't need to join a church or apply for membership of a club to experience some of the more uplifting aspects of belonging. Most of us are born into a very unique and exclusive club - our own family - which gives us plenty of clues and cues to what it means to belong. As Chesterton once wrote, we discover more variety and humanity in our own homes than in our ventures into the wider world:


The best way that a man could test his readiness to encounter the common variety of mankind would be to climb down a chimney into any house at random, and get on as well as possible with the people inside. And that is essentially what each one of us did on the day that he was born.

Here's my advice for any church or club suffering from a decline in membership and waning support from those who still belong (Catholic Church please note): make it hard(er) to become a member, require members to publicly signal their membership (fish on Fridays?) and insist on the shared expression of beliefs and belonging (back to 'enchantment').

But back to the Freemasons. What has helped them endure (in the absence of any 'Dan Brown-esque' conspiracy theories)? I think part of it is the price of entry, and no I don't mean the monthly membership fee. I mean the work would-be members have to put into being validated as potential membership material before final approval as a member (which can take up to a year). There's little incentive or reason to join something if there are no actual costs of entry (in terms of time, money or energy): in that case anyone can join but if 'everyone' is a member then there's really no such thing as 'membership'. The same is true of entire nations: one of the reasons for Denmark's remarkable cultural and social cohesion is its practice of hygge, gently lampooned by the way in Michael Booth's delightful book The Almost Nearly Perfect People. Here in Ireland we have our annual commemoration of the 1916 Easter Rising - it's going to matter a great deal more than most people expect next year.

The opening quotation and image above are from a fascinating article by Rod Dreher on the important task of institutions and organisations - and their members - to preserve the memories that will sustain this and future generations: He notes:


When a society really wants to remember something as a society — e.g., mythical, religious, or historic stories that tell a people who they are and what they must do — it invents commemorative ceremonies around those stories. It is not enough to tell a particular story; the story has to be “a cult enacted.” That is, the story must convey a metaphysical truth, and thus has to be granted sacred status as an event that is taken out of the past and in some mystical way re-presented in the present. This is, of course, what the Orthodox Divine Liturgy and the Catholic Mass do. Rites are ways that societies maintain a living connection with their past, and enter mystically into it.

We must practice in order to believe, so pass around the hymn sheets...