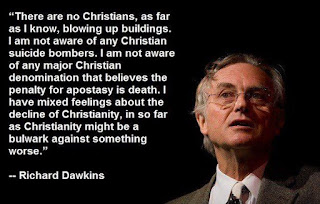 John Gray has written an entertaining review of Dominic Johnson's book God Is Watching You: How the Fear of God Makes Us Human. He's quite sympathetic to the author's thesis (that God is on the right side of evolution - 'theo-volution'?), and a lot less sympathetic to the New Atheists addressed in the book. Gray notes:


These “new atheists” are simple souls. In their view, which derives from rationalist philosophy and not from evolutionary theory, the human mind is a faculty that seeks an accurate representation of the world. This leaves them with something of a problem. Why are most human beings, everywhere and at all times, so wedded to some version of religion? It can only be that their minds have been deformed by malignant priests and devilish power elites. Atheists have always been drawn to demonology of this kind; otherwise, they cannot account for the ­persistence of the beliefs they denounce as poisonously irrational. The inveterate human inclination to religion is, in effect, the atheist problem of evil.


For some, atheism may be no more than a fundamental lack of interest in the concepts and practices of religion. But as an organised movement, atheism has always been a surrogate faith. Evangelical atheism is the faith that mass conversion to godlessness can transform the world. This is a fantasy. If the history of the past few centuries is any guide, a godless world would be as prone to savage conflicts as the world has always been. Still, the belief that without religion human life would be vastly improved sustains and consoles many a needy unbeliever – which confirms the essentially religious character of atheism as a movement.

As the quote above from Richard Dawkins suggests, even some New Atheists are beginning to note that not all religions are created equal.

Elsewhere, Edward Feser provides another interesting review, this time of Gerry Coynes' book Faith vs Fact. Feser has a way with one line put downs that's very amusing, though a little less informative than Gray's approach.  One example:


Indeed, you will find in Coyne’s book more straw men than you would at a casting call for The Wizard of Oz.

Then again, Feser doesn't so much do blog posts as essays, so he can be very informative when he wants to (and regularly is).