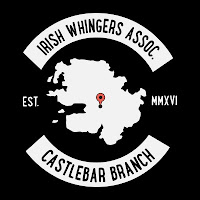 Daniel Kahneman (Nobel prize etc) developed the Peak-End Rule to explain how people evaluate any given experience, defined as follows:

If we apply the Peak-End Rule to our recent General Election we can go some way to explaining what has just happened. People were asked to evaluate the experience of being governed since the last election in 2011. So what was the most intense point?  That's right, the really horrible stuff that happened during 2011 and 2012: the Troika, taxes/charges, job losses, emigration and burning saving the bondholders.

How did it end? With platitudes, slogans and whinging whingers.  All the 'other information' - signs of recovery, fastest growth in Europe, falling unemployment etc - simply didn't figure in the electorate's Peak-End calculation. No wonder Fine Gael/Labour got hammered (though FG would have done better if they had gone in November last, but I doubt it would have made any difference to Labour). Luckily for Fianna Fáil, both the Peak and the End came together in Micheál Martin's election performance: or maybe they were channelling Kahneman?

The Peak-End Rule applies to politics outside Ireland as well of course. Brexit in June will come down to what has been the 'peak experience' of Britain's membership of the EU in recent years (no doubt Calais will loom large), while the end... sort-of-depends.

Then there's the US Presidential Elections: if anyone understands psychological heuristics it's Donald Trump (Scott Adams' Trump Persuasion Series is the best guide out there). Trump keeps delivering the 'Peaks' (remember it doesn't have to pleasant or unpleasant), as the pearl-clutching commentariat (in Ireland especially) keep reminding us. How it ends, of course, is something we'll all be watching with some fascination come November.

The Peak-End Rule isn't great for forecasting: though I suspect we're in for a lot of 'peak experiences' in the weeks and months ahead.