Michael Moore is no George Orwell, but like Orwell he loves the working class, and not in some abstract socio-economic sense, but in his heart: the men, women and children he grew up with and whose suffering he has raged against over the years.

Which is probably why only Michael Moore could produce and narrate the following:

The background music, by the way, is from Hans Zimmer's glorious soundtrack to the movie Inception.

Surely just a coincidence...?
Posted by Gerard O'Neill at Friday, October 28, 2016 No comments: 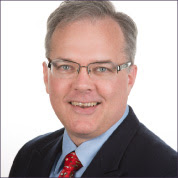 Every so often I discover writers/bloggers/analysts and find their writing so compelling that I end up 'bingeing' on their output for a time. Ben Hunt is one such a writer and also Chief Investment Strategist at Salient Partners.

Ben writes like Adam Curtis edits: sampling and savouring an eclectic mix of movies, novels and plays to form powerful and compelling insights into contemporary politics, economics and finance, with some investment guidance along the way. Though it's usually a lot clearer where Hunt is going with his narrative than where Curtis is going (sometimes even after the latter has been and gone).

A few examples - first up from a brilliant essay on Virtue Signaling:


Look, I get it. The Democratic candidate isn’t Clinton, it’s Clinton™. Having chosen (or more accurately, anointed) a profoundly hypocritical and opportunistic pragmatic candidate, Democratic mouthpieces are now in the uncomfortable position of manufacturing enthusiasm rather than channeling enthusiasm. Enthusiasm is something you can easily fake when you’re winning big. But when the game gets tight … when it looks like (gulp!) the game might go the other way … well, that’s when thoughts of self-preservation and virtue signaling start to creep into the most adamant Democratic partisan. In fact, particularly the most adamant Democratic partisans. They WANT to believe. But Clinton™ is just so hard to sell out FOR.

He's equally scathing about Trump by the way.

And one of his best, on Magical Thinking (you'll never think the same way about Central Bankers and eggs ever again):

Finally on The Narrative Machine:


I’ve written at some length about Brexit and the Narrative that emerged in its immediate aftermath, a Narrative that not only stopped the immediate sell-off in global risk assets in its tracks, but actually reversed the market decline and drove financial asset prices to new highs. To recap, I called Brexit a Bear Stearns event rather than a Lehman event, predicting that creators of Common Knowledge (what game theory calls Missionaries) would successfully characterize the event as an idiosyncratic fluke rather than a systemic risk, exactly as the collapse of Bear Stearns was portrayed in the spring of 2008. In other words, Brexit was NOT a Humpty Dumpty moment, where all the Fed’s horses and all the Fed’s men couldn’t put the egg shell back together again.


Do, as they say, read the whole thing.

Running Out of the Long Run

If there must be trouble, let it be in my days, that my child may have peace. Thomas Paine

One of the funnier moments in Budget 2017 was the stated intention by the Minister for Finance Michael Noonan to run a small budget surplus in 2019, with taxes projected to exceed expenditure. Yeah right. Given that Michael Noonan won't be the Minister for Finance in 2019 - and the Government probably won't be 'the Government' - then promising to be prudent in three years' time is straight out of the Augustinian playbook of delayed temperance.

But unfortunately it is par for the course, and not just in Ireland. One of the reasons people don't trust politicians (and we trust ours less in Ireland than they do in Saudi Arabia, never mind Singapore) is that they make promises they don't keep, and then they go to make even more promises. Which they don't keep. The strange thing is, however, I don't blame the politicians. Between news cycles and electoral cycles is well nigh impossible to make prudent decisions with long-run, positive consequences that nevertheless entail some short run sacrifice (or plain old temperance).

Of course they don't do much to help themselves, our politicians. Take the much heralded Citizens' Assembly. A supposedly representative selection of citizens from around the country will deliberate on a selection of topics that can best be described as 'random' (and certainly more random than the selection of people chosen and vetted for the Assembly). But its the things they won't debate that are the missed opportunities if the intention is to create a 'safe space' to discuss contentious issues without the inevitable political acrimony. And maybe come up with some useful ideas to boot. Issues they won't debate include:

- creating a new inter-generational contract on pensions (including the public sector)
- deciding what future we want for Ireland in Europe (including relations with the UK and NI)
- improving the quality of our governance and mitigating the short-termism that cripples it
- changing the social welfare and tax systems to be fairer to tax payers and to reward welfare recipients to take up employment
- creating a health service that delivers better outcomes for less money (okay, maybe not that one, way too hard!)

Instead we get some topics - such as the 8th Amendment and fixed term parliaments - that should be addressed by the Dáil; and other topics - such as an ageing population and tackling climate change - that are far too vague to lend themselves to any easy resolution or recommendations (not already available from multiple, expert sources).

We're running out of the long run in Ireland, having squandered the sacrifice of a deep recession by leaving all the institutions and practices in place that made it such a bad one in the first place. It's a pity that we seem bent on rushing towards the long run, one short run decision at a time. Maybe we could sub-contract our political thinking to Singapore?  Though perhaps on Saudi Arabia.
Posted by Gerard O'Neill at Tuesday, October 18, 2016 No comments: