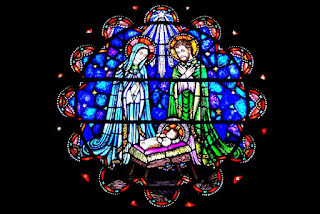 “And this is the revelation: God is HUMAN … It is the great error of humanity to believe that it is human. We are only fragmentarily human, fleetingly human, brokenly human. We see glimpses of our humanness, we can only dream of what a more human existence and political order would be like, but we have not yet arrived at true humanness. Only God is human, and we are made in God’s image and likeness — which is to say, we are capable of becoming human.” Walter Wink


Via the Girardian Lectionary, inspired by the marvellous René Girard.

It's All Fake News

“Did you know that the first Matrix was designed to be a perfect human world?  Where none suffered, where everyone would be happy.  It was a disaster.  No one would accept the program.  Entire crops were lost. …The perfect world was a dream that your primitive cerebrum kept trying to wake up from. Which is why the Matrix was re-designed to this: the peak of your civilization.” Agent Smith, The Matrix

Someone once said about news stories that 'the issue is never the issue'. In other words, whatever you think the story is about, it's really about something else. That makes sense to me. The more I observe the bizarre twists and turns in story after story about Syria, Russian hacking, immigration and our very own housing crisis the more it becomes apparent that 'the issue isn't the issue'.

I'm not the only one, obviously. The 'surprise' of Brexit and then Trump is a sign that our primitive cerebrums are trying to wake up. Entire crops have been lost already... by the mainstream media as it struggles to convince us with fake news stories about fake news in our post-truth world.

But fewer and fewer will accept the program. It can only end in 'disaster'... just don't expect to read about it in the news.