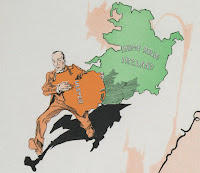 "The heart has its reasons, which reason does not know." Blaise Pascal


The list of Cognitive Biases is already very long, but I feel the urge to add another. I call it the 'Reasonable People Bias' which describes arguments based on the presupposition that 'reasonable people agree...' or 'reasonable people believe...' or 'any reasonable person would accept...' followed by whatever point the person wishes to make. The assumption is that everybody in a policy discussion sees the world the same way through logical, reasonable (liberal, agnostic) eyes. Breaking news: they don't.

We see this in the recent flurry of speculation about a United Ireland. It's there in Christopher Kissane's article in today's Irish Times, and in Kevin Meagher's book 'A United Ireland - Why Unification is Inevitable and How it Will Come About'. Both suffer from the Reasonable People Bias which involves the following set up:

All very reasonable... and all very wrong.

You would think after Brexit and Trump (and close scares in the Netherlands and France) that people might have realised that 'reason' doesn't have quite the same sway it used to have. I pointed this out in the run up to the Brexit referendum, drawing on Scott Adam's model of the Persuasion Stack, which looks like this: Brexit was a vote driven by Identity. Right now, all the Reasonable People are trying to persuade Unionists at the level of Reason. That's if they're even trying - most of what I hear sounds more like talking over the heads of Unionists.

Now if the monologue/dialogue about a United Ireland continues at the level of Reason then there will only be one of two outcomes: either A) nothing will change (because its a lousy way of persuading people), or B) the people who feel strongest about their Identity will enter the fray and the Reasonable People won't know how to handle them.

Given the depressing group think that seems to perpetually grip Irish mainstream media (wrong on Brexit, wrong on Trump... wrong on a United Ireland?) I suspect we'll end up with option B, and it won't be pretty. But maybe I'm just not being reasonable? 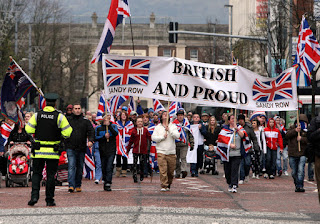